Driving under the influence… of drugs 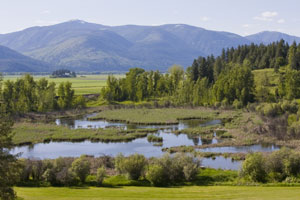 We all have run afoul of that one friend who is an “expert” in the law, whether they read their information off of Wikipedia, or they had a second cousin who was married to an officer in Timbuktu, they will loudly proclaim to you the myriad of ways in which an officer may not stop you or you can somehow “beat” the system.

Personally, my favorite is the putting a penny in your mouth to trick the breathalyzer test.  Many a high school partygoer will lamentably tell you that this piece of advice is, in fact, not true.  However well intentioned your friend may be, it is always best to check with an attorney to become aware of your rights in this great state.

The oft talked about and dreaded DUI is not a charge that is restricted to the consumption of alcohol, it can be applied to driving under the influence of drugs as well.  What is more concerning about this charge, though, is that rumor you may have heard about it only being legal to be stopped for a DUI if you are on a public road?  Well in the case of a driving under the influence of drugs citation, that piece of lay advice is just as reliable and helpful as a penny in your mouth in a bad situation.

Montana law clearly states that a person that is driving under the influence of drugs can be cited for this behavior anywhere in the State of Montana. (DUI Mont. Code Ann. § 61-8-401(1)(b)(c)) So to those of you out there that may have trounced through the woods and found some magical fungus, do NOT think you’re in the clear off-roading on a four-wheeler while under the influence of any drug, legal or illegal.

If you or someone you know came by this advice too late and are currently facing a DUI charge, contact our office immediately for a free consultation.  A Driving Under the Influence conviction can have serious ramifications during your lifetime.  The attorneys at Bryan, diStefano & Mattingley, PLLP have defended many cases in the state system and possess extensive knowledge in this area.